The First Lady and Minister of Education and Sports Janet Museveni has said that under the Inter-Government Fiscal Transfer (UgIFT) programme, Government has a plan of constructing upto 259 schools in Sub- counties without Seed Schools.

Speaking at the Commissioning of Kigarama Seed School in Sheema District on Friday, the First Lady, noted the construction is being handled in three phases that is; the first phase is covering 117, second phase 115 and 27 schools in third phase.

Kigarama Seed School, commissioned on Friday March 11, is one of schools constructed in the First phase.

In her message read by the Government Chief Whip Thomas Tayebwa, She said the Ministry is aware that some Sub-Counties, divisions and town councils especially the newly created will not be covered by the citing resource constraints

However, she said that government remains committed to implement it's policy of ensuring that there is a government secondary School in every Sub-county. 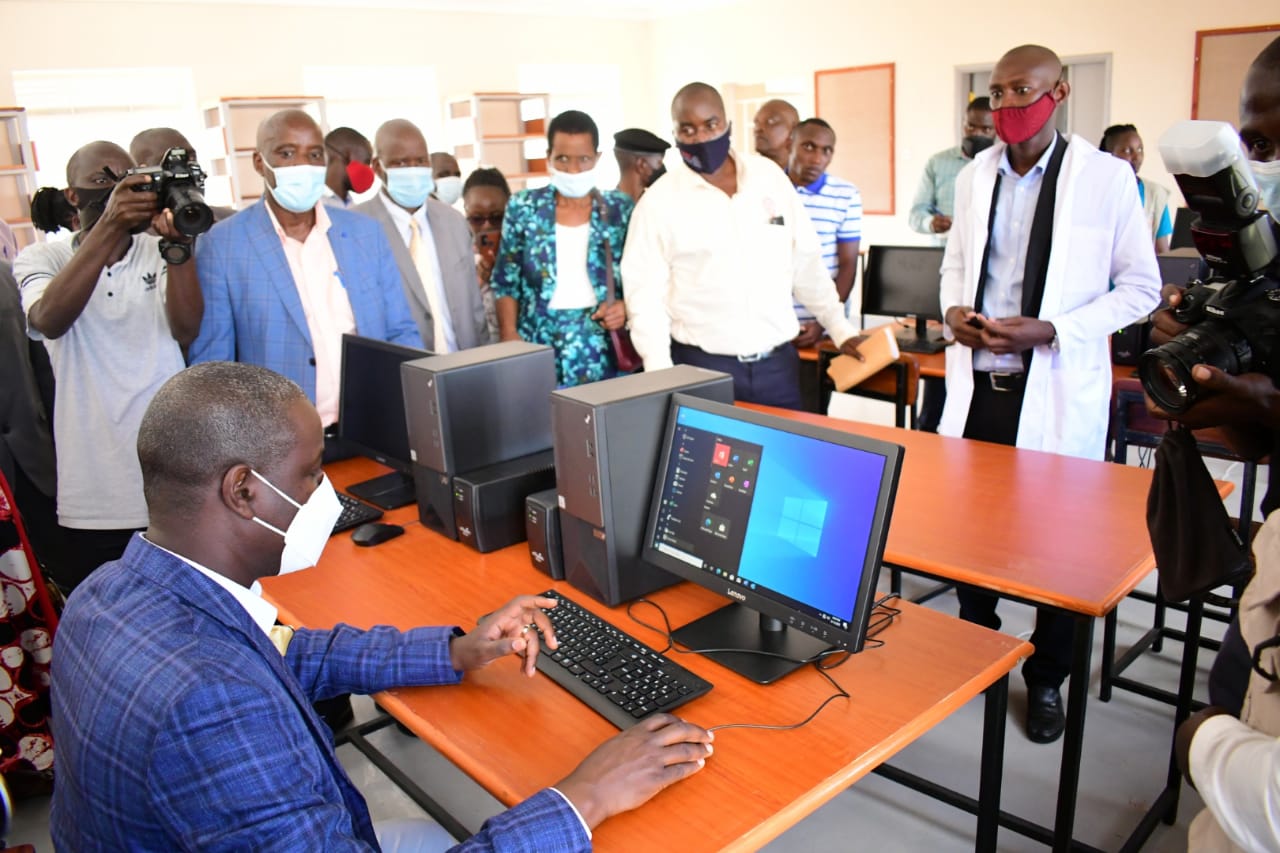 Mrs. Museveni revealed that the Ministry will undertake a mapping exercise to establish the gap of the administrative units which do not have a government secondary School per Sub-county and make appropriate plans towards the achievement of the objective of the government.

"As we implement the UgIFT programme,the Ministry has observed the challenge of lack of critical amenities such as electricity and water in some seed schools being constructed and this mostly in those located in hard-to- reach areas, " Mrs. Museveni said, requesting the Ministry of Finance, Planning and Economic Development which coordinates the implementation of the programme to prioritize the provision of these critical services to the schools.

Mr John Betungura, The Chief Administration Officer of the district said Shs 2.5 billion  has been spent on the construction of Kigarama Seed School.

"This is a fully fledged

Special thanks goes to government to having strategically positioned this school in this area, " Mr Betungura said.

Mr George Bafaki, the Head teacher of the school said there are 65 students in which 38 are girls  and 27 are boys in senior one and two.

Ashaba thanked the Chief Whip for the scholarship.

Mrs. Monica Kekimuli, the mother to Ashaba said: "I feel so good from the bottom of my heart that Government Chief Whip has offered to educate my child at the University, God bless you Honourable Minister. "