Col. Dr. Kato Damian Abooki, from chieftaincy of education sports and culture who is also a member of General court martial has urged the UPDF leadership to always endeavor to support and nurture talents of their officers.

Col. Kato emphasized that the army is not only about defending the country at war but also building and developing talent in additional to raising the country's flag in all positive aspects.

Col. Kato made the remarks while Nara Promotionz was launching a two title defense fights of East & Central Africa Boxing Union (E&C A.B.U) which will be held on 08th, April, 2022 at Bombo sports grounds.

On this date, Sgt.Abdul Sebute will defend is belt against a Tanzanian champion Hajji Juma Mwalugo in bantam weight 52kg 10 rounds. The fight will act as a catalyst for Ssebute to challenge for the major honor boxing in Africa which is the Africa Boxing Union Title.

The fights will begin at midday and entry will go for 5000 and 10,000 Uganda Shillings Ordinary and VIP respectively 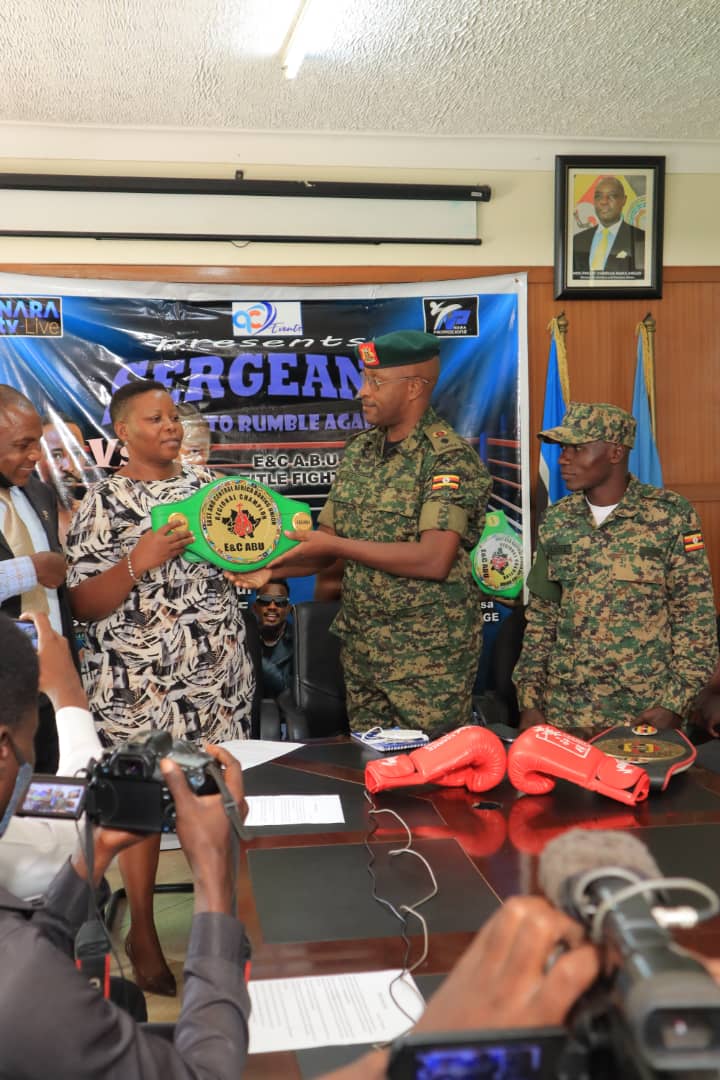 On why they chose Bombo playgrounds, the Chief Executive Officer Nara Promotionz Lubowa Babu Hussein said it’s where the journey of Sgt. Abdul Ssebute began from hence he is planning to use the same place to lift his game of boxing to greater heights.