Photos of the Bukedea woman member of parliament Anita Annet Among and the Mityana Municipality Member of parliament Francis Zake Butebi hugging ahead of the speakership elections at Kololo independence ground have gone viral on social media.

On 12, March Parliament chaired by then deputy speaker Rt. Hon. Anita Among voted out the Mityana Municipality Member of Parliament Francis Zaake from parliament commission on account of misconduct and misbehavior and directed to apologize to the house. 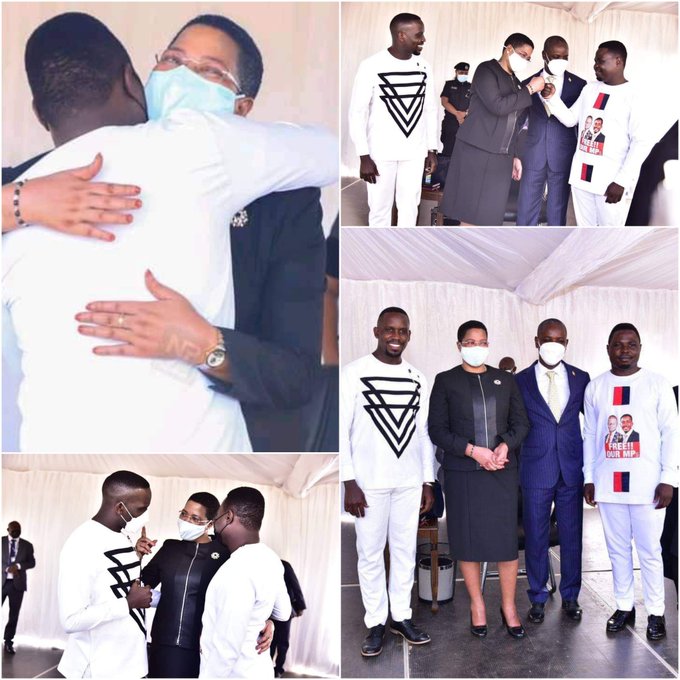 Out of 161 Mps who voted 155 supported the motion to decommission Zaake, four were against the motion while the two votes were invalid.

“Hon. Zaake ceases to be a member of the parliamentary commission and he is required to come and make an apology in this house in one week. We are now asking opposition to give us another name of a commissioner” ruled Among

However, Zaake has since appealed against the decision of parliament in the court